There were a couple of newspaper headlines which really caught my eye this week.

First up, in The Times, a story about Liam Fox’s trade talks in America and his frustration on the media’s focus on the somewhat unappetising prospect of chlorinated chicken ending up on UK dinner plates was brilliantly headlined ‘End this chicken obsession, urges Fox’.

Then there was a story which otherwise would have completely passed me by – the news that Prince George’s fourth birthday has been marked with the release of a new photograph. But then USA Today brought it to life with the headline ‘Will and Kate release fresh prints of swell heir’. 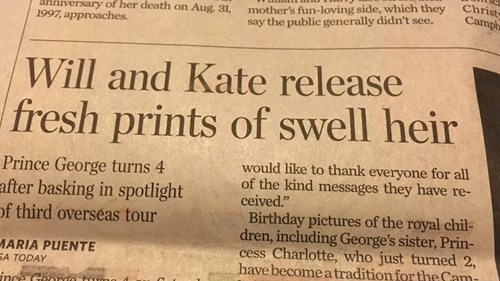 As I chortled over these headlines in between media training courses at Media First Towers it got me thinking about some other classic headlines. Here are some of our favourites:

This story was a headline writer’s dream if ever we saw one but you still have to hand it to the people at The Republic newspaper for making the most of the opportunity. Fortunately, Blair Robertson lived to tell the tale despite the untimely lapse in his psychic powers. 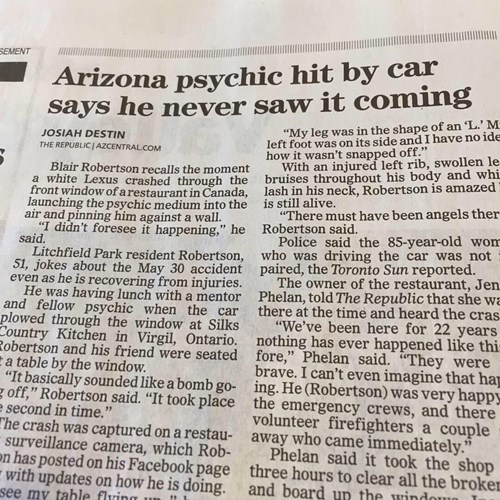 The price of vegetables may not seem like the most inspiring of ingredients for a great headline, but The Sunday Times did a pretty awesome job. The story covered the news that hundreds of lettuces were being flown in from America to stock British supermarkets at more than double the usual price, after bad weather on the continent led to a shortage of fresh vegetables. 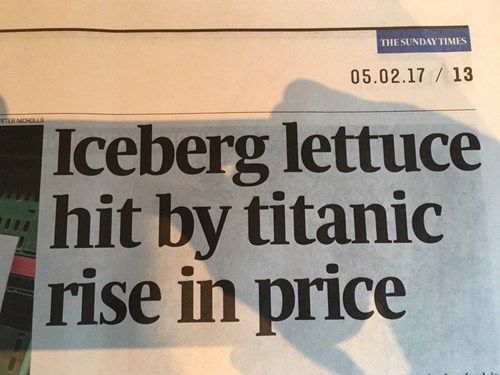 An iconic headline, and one than cannot be left out of any collection of great newspaper headlines despite the story’s horrific content. Vincent Musetto, who died in 2015, came up with this memorable headline for a New York Post article on the grizzly murder of a topless bar owner in the Bronx. The headline was, however, nearly lost, as the newspaper owner thought it too raunchy and a quieter version was used on the first version of the story. 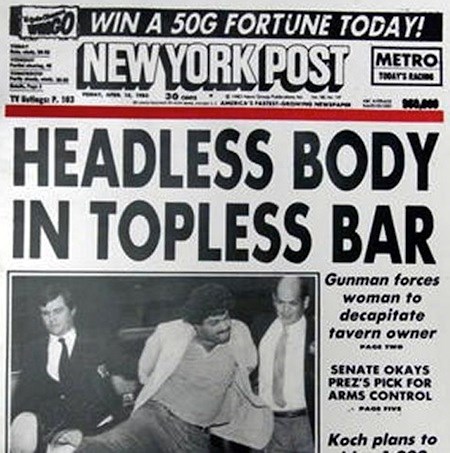 Is this the rail price?

Is this just fantasy?

You might think that a story on a railway service consultation exercise doesn’t naturally lend itself to an attention-grabbing headline. But the Ulster Gazette turned this potentially blandest of articles into something memorable, thanks to a rare seven line headline and a sub-editor who liked Queen’s Bohemian Rhapsody. 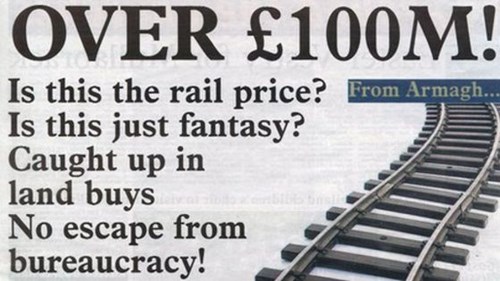 This was a headline which became more famous than then cup upset it was reporting on. When the then Scottish minnows Inverness Caledonian Thistle beat giants Celtic in the Scottish Cup The Sun produced one of the most memorable sporting headlines. Even if you don’t like football, you have to be impressed. 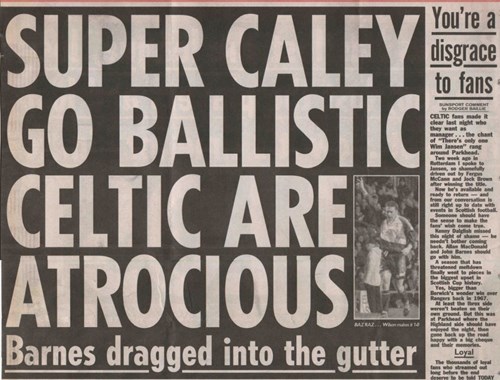 One of the older headlines in our collection, but the way The Sun titled its story on the then Liberal Democrat Leader Paddy Ashdown’s affair is certainly memorable. Mr Ashdown was able to ride out this tabloid storm and remain leader for another seven years. Later he said that the story had improved his poll ratings. For those with a dubious taste in clothing, you can now buy T-shirts emblazoned with this infamous headline. 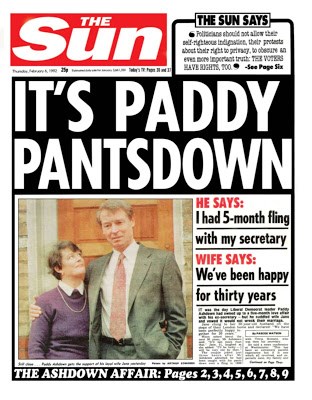 Alanis Morissette’s manager had one hand in her pocket

To finish on a lighter note, a headline which really caught my eye earlier this year announced the news that singer Alanis Morisette’s business manager had admitted embezzling millions of pounds from her and other celebrities. The Evening Standard reported that ‘Alanis Morissette’s manager had one hand in her pocket’. Isn’t it ironic how some stories almost write their own headline?

How’s your ‘to do’ list looking? Are you finding you spend too much time in meetings and administration and not enough on your core priorities? We know comms teams face massive time…