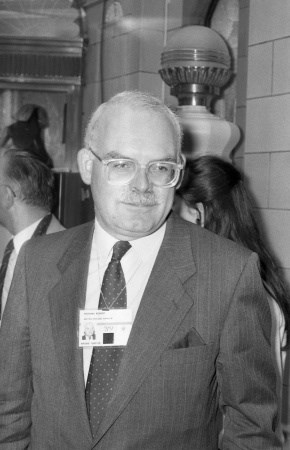 British Midland chairman Michael Bishop, was at home when his secretary, who lived in the village of Kegworth, heard the terrible sound of an aircraft crashing on the M1 nearby, and rang him. He was on the spot in half an hour. Today marks the 25th anniversary since that terrible night, when 47 people died on board a Boeing 737-400 twin-engined jet. But Bishop is remembered to this day on courses in media training and crisis management for his immediate, credible and authoritative response to the disaster.

He was not as well prepared as he might have been. He’d been considering a crisis PR exercise only days earlier and was still making up his mind about the simulation when the real thing happened. Yet his experience in the airline industry had prepared him in two respects. First, he had had many years of dealing with the media which gave him the confidence to talk freely and go live on air to handle communications at a difficult time. Second, at the age of 25, when fairly new to British Midland, he’d been on duty at Manchester airport when another plane had crashed near Stockport killing 72 people. As station manager, it was his job to tell the waiting relatives. ‘I did 40 next-of-kins,’ he was quoted as saying. ‘I know what it’s like to tell people their nearest and dearest are dead.’

All this experience was brought to bear on his handling of the media after the Kegworth crash. Within five minutes of hearing the news, he had decided to be very publicly available to press and broadcast crews, giving the information as fast as he received it. He distinguished himself by showing both humanity and control.

The first interviews were given on the phone in his car on the way to the scene. He knew almost nothing about what had happened but he said as much as he could. He spoke with compassion, saying he understood how the relatives of passengers must be feeling because he personally knew every member of the crew and the pilot was an old friend.

When he arrived, his priorities were to get the relatives of 74 injured passengers and crew to the hospitals concerned, and to provide immediate support to the bereaved. Every family was allocated a carer who would organise somewhere for them to stay and look after their personal needs.

Bishop’s PR manager went to the crash scene and worked with him through the night, while spokespeople in London and Belfast, the flight’s destination, provided regular briefings. At 4am Bishop gave a press conference. He cut a highly sympathetic figure with his simple account of the action he’d taken in response to a ‘profoundly distressing’ accident.

The positive coverage he generated continued for days, even though he had to defend the pilot against what he called ‘thoroughly discreditable’ coverage of the sequence of events leading up to the crash.

Bishop’s personal involvement won him plaudits from press and public alike. He was seen visiting survivors at the same hospital where his octogenarian mother was being treated. He announced an interim £5,000 payment to the families of the dead and injured. He praised the emergency services and helped the investigators.

The end result was that a small airline that could have been crushed by the weight of publicity emerged all the stronger thanks to the positive public perception Bishop created. Far from falling, ticket sales held steady and then grew. In the longer term, the airline grew into BMI. It was eventually bought by Lufthansa, which sold it on for £172m.

So what are the main lessons to be learnt from Bishop’s management of the media in his worst crisis?  Principally, that high speed in communications is essential; that taking responsibility, showing concern and demonstrating action make you a more sympathetic figure in the public eye; and that establishing yourself as the prime source of information gives you control over how the story’s reported.

In summary, to prepare for a crisis, we would suggest that you:

Assign responsibilities so that everyone knows their role, updating your plans regularly; and

Media First offers high-quality media and communications training with top journalists who have extensive experience in reporting crises and can bring their knowledge to bear in helping you prepare for the worst. To find out more about our highly practical Crisis Training, contact us here. Don't forget to subscribe to our blog.

Another day and another crisis to add to the queue of issues facing the government. Having already been hit by collapsing energy companies and concern about food supplies, the country has now been…

When should you use an autocue?

This is a question that is increasingly coming up when we speak to clients about presentation skills, hosting webinars and creating videos for both internal and external audiences. We always stress…