On our crisis communication courses, we often spend time looking at the potential causes of a crisis.

It is pretty rare for employee social media activity to be put forward as a potential vulnerability.

Yet, it is something that we increasingly see placing companies in the spotlight for the wrong reasons.

If you want to know just how damaging it can be, take a look at Savills.

The estate agent has spent the past few days in the media and social media spotlight, trending on Twitter and making uncomfortable headlines.

The crisis was caused by a Tweet containing racist language that appears to have been sent from the account of one of its employees.

It was aimed at the players who missed penalties in England's defeat to Italy, and it contains language we cannot repeat.

So, how has the company responded to the issue?

Well, as is often the case with these crisis communication case studies, it has been mixed. 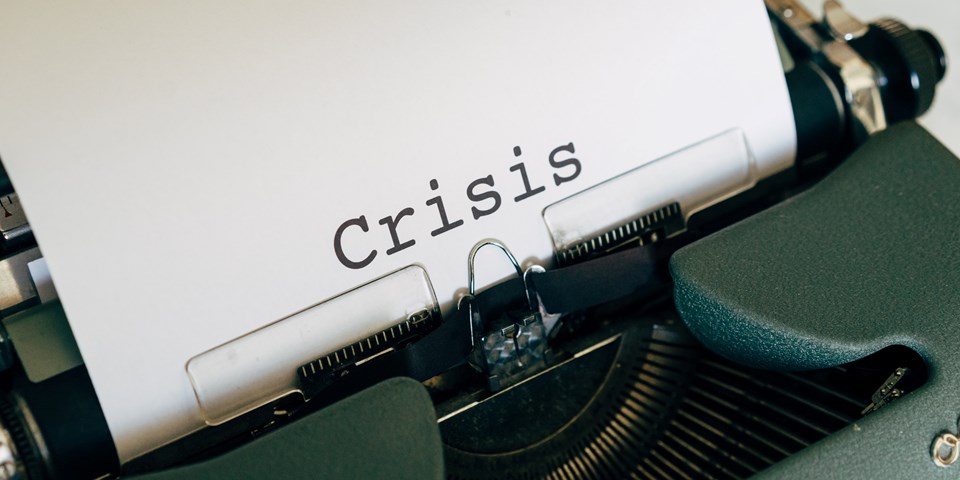 You never know when the next crisis might strike

Our online training course will make sure you are in the best place to manage it and protect your reputation. And it costs just £199 + vat

One of the main issues I have with Savills’ crisis media management is that it took too long to respond.

By the time the social media team scrambled into action on Monday morning and began to communicate, it was almost 10 hours since the offensive post came to light.

And 10 hours is a long time in crisis communication. The longer you are not communicating, the more others are saying. The void is filled with anger, and the story grows.

Of course, the post was made late on Sunday night when most of the country had been absorbed in the football.

But if you are serious about social media – and Savills has more than 73,000 followers – and your reputation, you need to be able to respond quickly, no matter when something goes viral or what else is going on.

When Savills did respond, it said it was “appalled” by the language and that an investigation had been launched.

Savills abhors and has zero tolerance to any form of racism and racial discrimination and is appalled by the racist comments in these tweets. Savills is immediately investigating and will take appropriate action

A few hours later, it added that the man suspected of sending the posts had been suspended.  It also said the investigation was “being progressed as a priority.”

During our crisis communication training courses, we stress the importance of organisations showing they are taking action to resolve the situation. So, Savills confirming the employee had been suspended and that an investigation was being carried out was a good move.

It was, however, criticised on social media by some for not going far enough. Several users believed it should instantly sack the person at the centre of the story. But, with the employee protesting his innocence and claiming his account was hacked – something police are investigating - it is hard to see what more it could have done at this point.

I do though think the language should have been less formal. By talking about itself in the third person - “Savills confirms that…” – it comes across as a bit distant and uncaring. Why not say “we” or, even better, have the statement come from the CEO where they say “I can confirm”?

That would have sounded more heartfelt and sincere and shown visible leadership.

There are always arguments around stories like this about just how damaging it is. Cynics will often use the cliché “today’s headlines are tomorrow’s chip paper” line.

Will it stop people from using the services offered by Savills?

Time will tell. But the story has put the spotlight on the company’s culture and whether it is as committed to diversity as it says.

Since it posted it was committed to “encouraging diversity amongst our workforce”, screenshots of its senior management team have been circulating on social media.

The image shows 39 people. All of them are white, and only five are women.

This is your management team. Relax pic.twitter.com/ToVP9beZGu

Statement from @Savills: "Savills is committed to eliminating discrimination and encouraging diversity amongst our workforce..."
This is what a diverse Executive Board, and Senior Management Team at Savills looks like. #Savills #SayNoToRacism pic.twitter.com/Y36mv6a5WP

The company will have to work hard to ensure its diversity words are not hollow and are not just a token section on the website.

This will take time. But when the investigation into the tweet is complete - and police have made an arrest - it will need to find a way to shine a spotlight on the work it is doing to become more diverse.

A good starting point may be to follow the example of Starbucks, which, when it found itself at the centre of a racial storm in 2018, responded by announcing ‘racial-bias education’ for its employees.

CEO gets crisis response back on track after poor start

Savills is not the first organisation to find itself at the centre of a crisis caused by the social media activity of one of its employees. And it will not be the last.

Social media blurs the lines between home and work life. And organisations need to be able to respond quickly when their employees post something controversial, careless or racist.

Find out more about planning for a crisis by downloading your copy of our FREE eBook.

Click here to find out more about our practical crisis communication and social media training.

How would your organisation handle a social media pile-on?

This time of year used to be known as silly season. A six-week period when news would take a well-earned holiday and be replaced by obscure stories unlikely to be covered at any other time. While…

Naming disaster sees launch trend for all the wrong reasons

Imagine being a new start-up and almost immediately finding yourself trending on social media. Not only that, but you generate coverage in the Financial Times and Daily Mail. Sounds great,…