When a crisis strikes, you ideally have about 15 minutes to respond.

Some argue you have a maximum of an hour. Others say that at a time when news often breaks on social media, 15 minutes is too long.

Either way, the numbers can feel daunting.

So, what can organisations do to ensure they communicate quickly during a crisis?

This was the subject of an exclusive masterclass for members of The Media Team Academy.

Sean Ryan, a former national journalist and now the director of comms at a high-profile charity, shared his thought on the steps organisations can take now to prepare for a crisis media management incident.

He began by introducing delegates to the ‘Daily Mail test’.

“We have a saying – common, I believe, to many organisations that come under scrutiny – which is that we ‘need to think like the Daily Mail, he said.

“When you think like the Daily Mail, you can work out what is coming, how a story might develop, and predict the twists and turns it may take.

“The fact I have worked for the Mail makes that a bit easier for me. It is interesting to me to be on the other end of that and see whether a journalist is fishing for information or whether they have a strong position with a leaked report, for example.

“When you are on the receiving end, you have a sense the world is falling in. Whereas, for the journalist, it is just the story for that day.

“So, I try to keep a bit of my journalistic background to keep some perspective when my organisation has been in trouble.”

Think about some recent crises that have got a lot of coverage.

P&O continues to be the focus of much attention because of its brutal staff cull that saw workers learn they were losing their jobs through a pre-recorded video message.

A little earlier in the year, there was a media frenzy surrounding small Scottish football club Raith Rovers, after it signed a player who had been ruled a rapist in a civil case. It defended the move by saying he was a “proven goalscorer”.

Could these incidents have been managed better if comms teams had been represented at senior level?

Sean believes that’s the case. He said: “Comms expertise at the most senior level is vital. If P&O and Raith Rovers had taken comms advice at board level, they could have predicted some of the issues that arose and acted differently.”

It’s something Michelle Nichols from Purple Pitch Communications elaborated on with me in a blog last year.

She said: “One of the biggest things a comms function does is that it provides a conscience to the organisation. Often you are the one who sits there and asks ‘how will that decision play out with the public?’, and ‘how might it make them feel about your brand?’.

“You are the conscience. Not in a fluffy way, but because you are there to help protect the reputation.

“Without that, organisations don’t have that foresight because the other people around the table tend to be operationally or profit focussed.

“It is the comms teams that think about perception, the impact of decisions and, once those decisions have been made, how they land in the best possible way.”

Sean says a crucial part of crisis preparation is predicting the incidents that could impact your organisation and damage its reputation.

Some are obvious, such as workplace accidents and natural disasters. Others may be harder to anticipate.

Many organisations will have risk registers that can help with this process.

Sean believes there are 14 different types of crises an organisation could face: 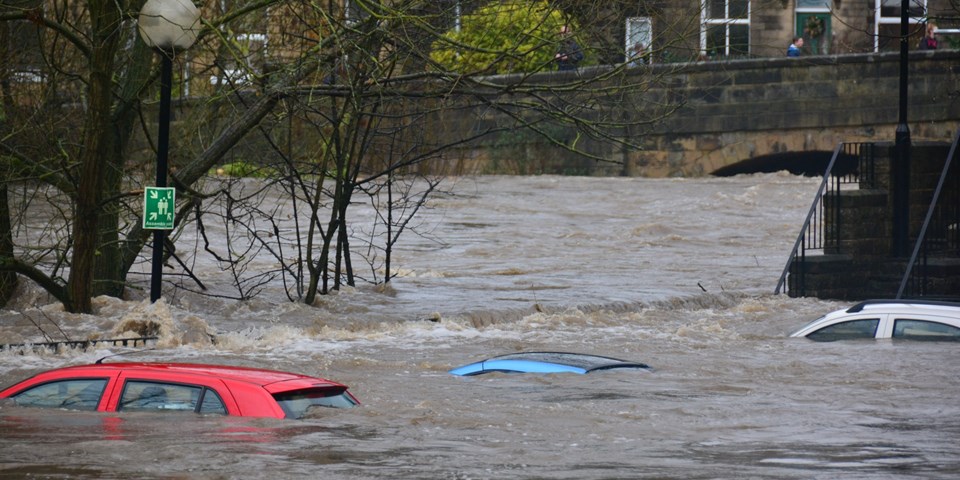 14 types of crises your organisation could face

A crisis can take many shapes and forms. Each has the potential to generate social media storms, round the clock TV coverage and put brand reputations at risk. Go help your organisation plan, here are 14 types of crises it could face.

Once you have considered the types of crises your organisation could face, you can start to think about what it would say in that situation.

Holding or template statements are a great way of ensuring an organisation can respond quickly to what has happened and begin communicating. And they can be drafted now.

Done well, these statements can buy an organisation some crucial time until it can better understand what has happened and issue something more detailed.

It can also help prevent the spread of rumour and speculation.

Sean said: “The idea with template statements is that you will hopefully only need to modify them a bit before it goes out when the worst happens.

“And it should need to go through less of a sign off process than a fresh statement, which means you can get them out quicker.”

But what should template holding statements include?

Empathy: You must show concern and sympathy for those affected by the incident, whether it is people who are physically injured or customers unable to access their accounts because of a computer failure.

Putting people at the start of your statement and showing you understand the severity of what has happened will demonstrate compassion, concern, and humanity.

Action: Even in the initial stages, it is crucial to outline what your organisation is doing to deal with the crisis. It could be as simple as stating you have launched an investigation to determine what has happened, that you are reviewing procedures or that you are working with the relevant authorities.

Reassurance: Try to put the incident into context and show it is isolated (if it is). If the crisis has been triggered by an accident, highlight the safety protocols you have in place and your previously good safety record.

But in reality, you are unlikely to have all of this information in the early stages of a crisis media management incident.

The good news is that journalists will not expect you to be able to go into any great detail at this stage.

While it will be beneficial to include as much information as you can, some effective holding statements just acknowledge that something has gone wrong.

Update: Holding statements can only hold for so long. If you do not give an update, you can expect to be inundated with calls, emails and social media posts from frustrated journalists. Setting out in your holding statement when and where journalists can expect further information will reduce the number of incoming enquiries you will receive.

Sign up now for the next intake of The Media Team Academy. As well as these exclusive communication and personal development masterclasses, you will have access to our online courses and dedicated resource hub.

Who would be your crisis spokesperson?

Who will represent your organisation in front of the media when the worst happens?

Many organisations default to the CEO. But is that always the right move? Could there be someone else who is more empathetic?

These are not the questions to ask in the middle of a crisis.

Sean said: “It is vital, to think in advance, about who will speak to the media.

“With each possible scenario you identify, think about whether it should be the CEO and if they are right for that issue.

“If not, who should it be? Who is your most empathetic spokesperson?

“If you think about the P&O crisis, it is possible to make many people redundant and show that it is breaking your heart. The human touch is crucial.

“Does the person you want to put forward understand the media? Have they been trained? All these questions are important.”

On our crisis communication training, we recommend organisations have more than one spokesperson who is trained and ready to face the media.

Different senior leaders will be better with different scenarios. Additionally, if you only have a couple who could face the media, what would you do if they are on holiday or are ill?

One argument about not using the CEO – at least not in the early stages – is that it is your trump card. If you play it too early, what do you do if the situation escalates?

“There is an argument of predicting the crisis could get worse and leaving the CEO to come in at a later date and save the day,” Sean said.

“But if you have a good CEO, who says the right things, shows compassion and gives the impression they are doing something about the situation, it can be a powerful way of diffusing the story and stopping it from gaining momentum.”

Time is critical during a crisis.

So, you can’t afford to have an extensive sign-off process that prevents quick communication.

Template statements, signed-off in advance, help with this. But you’ll need to say more as the situation develops. Who approves that?

Sean believes that signing-off your crisis sign-off process in advance is crucial.

He said: “Organisations can find themselves in a situation where everyone thinks they have a right to sign-off what is going out. And that is a real problem because you will never be able to get out what you want to say quickly enough.

“So, get advanced sign-off of template statements you would use in potential situations from senior directors. That will save you some time.

“And your need to make it clear to everyone else who thinks that they should have sign-off that, in a crisis, you have to act quickly, and you cannot afford to wait for people to come out of meetings to sign-off messages.

“Have the sign-off process signed-off in advance, so that at the last minute you don’t get someone saying ‘I think we should just run this past Geoff’, for example.”

That sign-off process during a crisis should be ‘light-touch’, with ideally one person checking and approving material before it goes out.

And that takes us on nicely to your crisis team.

Who is in it? What are the responsibilities of each team member? Who decides if there isn’t an agreement?

Team roles must be assigned and practised before a crisis strikes.

“This includes sign-off. You don’t want to go beyond that group to get approval. Then you can respond immediately to developments as they happen.”

You’ve got a crisis plan. But does it work?

Will it protect your reputation when the pressure is on, and you face a social media storm, 24-hour news coverage, unhappy customers, employees asking questions and falling share prices.

How well do your crisis team members know their roles? Is there a clear chain of command? Are you sure it means your organisation can communicate quickly?

No matter how good a crisis communication plan looks on paper and how much detail it contains, a crisis plan is not complete until you’ve tested it, and those who will use it – we can help with crisis management testing.

Sean said: “Rehearsing through different scenarios is something I have found very useful. It helps you think through the detail of how you will communicate with different audiences and puts it all in sharp focus.”

This masterclass is part of an exclusive series for members of The Media Team Academy. During the year-long learning programme, they will be invited to 12 Media First masterclasses and another six that focus on personal development. Sound good? You and your colleagues can be part of the next intake starting in the summer. Find out more.

Reputation management: How comms pros can limit the hit and assess the impact

Reputation is critical to the health of any organisation. But reputation is also increasingly fragile. A single incident can cause severe damage to a brand. And that harm can be rapidly inflicted…

How can you assess the reputational damage caused by a crisis?