Social media can be a tricky place for corporate accounts to navigate.

How do you stand out in such as crowded arena?

The answer for some, such as Ben and Jerry’s Ice Cream and Nike, is to try and raise awareness of social issues.

Others, like Aldi, use it to poke fun at their rivals and other brands.

But there is another approach that has captured our attention at Media First towers.

It is controversial, sometimes rude, often funny and seldom dull.

It often uses its posts to hold the government and people in the public eye to account.

And it is attracting huge interest.

One of the budget airline’s posts that first caught my attention came in December when it responded to the latest government covid measures and travel restrictions.

It posted a chart mimicking the government’s covid alert, comparing the threat posed by the omicron variant to levels of partying – or ‘work events’ in case Sue Gray is reading – at Downing Street.

The lowest threat level began with a ‘small gathering with wine and cheese’. As the covid threat rises the ‘Downing Street party level’ escalated to boozing and snogging and a topless Prime Minister asking a portrait of Margaret Thatcher “if she comes here often”.

The highest level – where health services are overwhelmed – apparently sees a “full on rave” in Downing Street, with “everyone off their tits” and “Jacob (Rees-Mogg) crying in the corner asking for nanny”.

I checked back on the post while writing this social media training blog, and the numbers are as attention-grabbing as the content – 25,000 retweets, 5,500 quote tweets, and more than 104,000 likes.

The UK Covid Alert Level has been increased from Level 3 to Level 4 pic.twitter.com/7TTpwIDz98

Of course, not everyone who interacted with the post agreed with it. I’ve seen replies labelling it ‘unprofessional’ and ‘inappropriate’, while others suggested there would soon be a vacancy on the airline’s social media team.

But that criticism has not stopped Ryanair from making regular swipes at the government, including marking Safer Internet Day by suggesting it was muting the Prime Minister’s official Twitter account.

This week, controversial tennis star Novak Djokovic has also been in its firing line.

The airline highlighted a post from the BBC about its interview with the tennis player headlined ‘Novak Djokovic: I’m not anti-vax but will sacrifice trophies if told to get jab’ and added, “We’re not an airline but we do fly planes.”

That jibe has received more than 180,000 likes at the time of writing.

We're not an airline but we do fly planes #Djokovic pic.twitter.com/wivO3L2dTp

Again, not everyone was happy.

Among those who reacted angrily to that particular post was GB News and Talk Radio presenter Calvin Robinson, who said: “To be fair, you barely manage that. Stick to poor quality budget travel, leave the politics to others.”

The airline responded to him by saying: “Stick to poor quality broadcasting, leave the politics to others.”

Stick to poor quality broadcasting, leave the politics to others. https://t.co/2Soy8fZZyf

These posts about politics and topical – and polarising – issues are mixed with those that poke fun at its carry-on policies and lack of USB charging facilities.

As you can see, this is not the usual approach brands take to social media.

It is brave, bold and controversial. It stands out on a platform where many accounts offer bland content and jokes that fall flat.

Join the second intake of The Media Team Academy

The first cohort of The Media Team Academy is underway, and delegates have been taking part in their first masterclasses. Don't worry if you missed out - we are now taking applications for our second intake, starting in April.

It is also the sort of social media content likely to leave many boardrooms in a state of permanent panic, wondering whether they are about to be cancelled.

What is clear, however, is that Ryanair’s approach has the support of its boss Michael O’Leary. Shortly after the controversial ‘covid alert levels’ post, Mr O’Leary said: “I was very proud of it – I went over first thing yesterday [to the social media team] to say well done, let’s do more of them.”

Ryanair has, for me at least, become a must-follow account and, judging by the likes, retweets and examples, many others are following suit.

It said: “Corporate humour on social media normally ranges from awkward to creepy – but sometimes it hits home”. It went on to praise Ryanair for “jokes that are actually funny” and said its social media activity gives you “warm, fuzzy and vaguely patriotic feelings about the airline.”

But should other brands try to follow Ryanair’s example?

Setting out to be controversial on social media is a high-risk strategy. You may remember last year, for example, that Burger King marked International Women’s Day by posting that “Women belong in the kitchen”. A move that quickly saw it issue an apology as the tweet developed into a crisis media management incident. 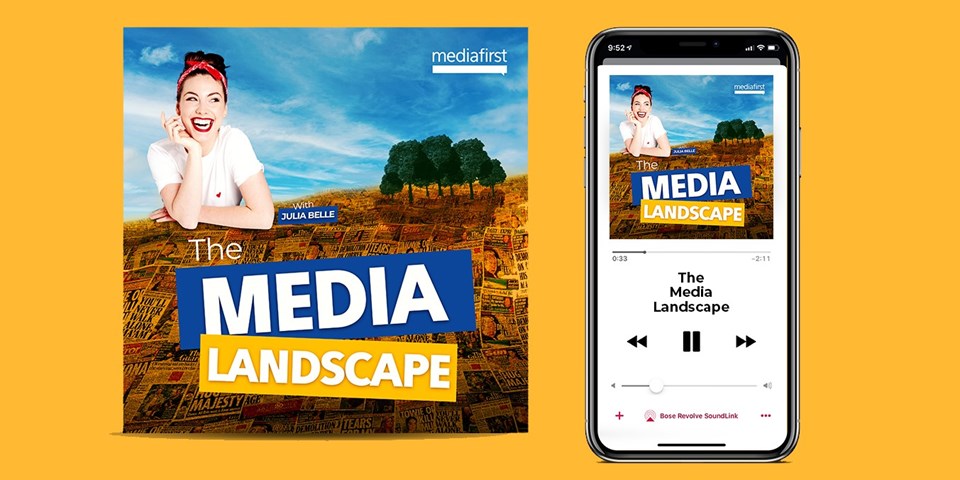 We've already reached the penultimate episode of series 1. The search for a new police chief, a brand activism and that vile Kurt Zouma video are among the stories discussed by Julia Belle this week.

But while the risks are higher, the rewards are often greater. Ryanair’s social media activity has caught the attention of mainstream media, resulting in lots of additional coverage. Delegates on our media training courses know that journalists love anything with a bit of controversy. It ticks the ‘trouble’ box the media looks for in stories.

In fact, Ryanair has a long history of never flying too far from trouble. It has been rated the ‘worst airline’ for seven consecutive years by Which? It even once considered charging customers to use the toilet.

Yet, despite the turbulence, customer numbers have grown from 75.8m in 2012 to 148.6m in 2020, suggesting that, whatever the Dublin-based airline does or says, its low fares will always appeal.

And that gives it freedom to be bold, enjoy more of a craic on social media and say things that would make other brands fearful.

Ultimately, do Ryanair’s customers care what it thinks of the government? Do they pay much attention to its thoughts on a tennis player’s aversion to vaccines?

Probably not. But every time a tweet goes viral or its name appears in the newspapers, it reminds people that it allows them to get away for low fares as travel begins to open up again - just as long as they don’t mind wearing their entire weekend wardrobe on the flight and not being able to charge their phone.

Click here to find out more about our journalist-led social media training.

What can brands learn from the Twitter bot havoc?

Household brands, universities, healthcare providers, charities, football clubs and government departments were just some of the organisations that found their social media posts taken to task as a…

Squid Game, road signs and why you should consider newsjacking

Everyone in our team is talking about Squid Game. And we are not alone. The Korean drama seems to have quickly taken the world by storm. It has become Netflix’s biggest ever series launch,…