There’s often much to be learnt from the way others perform in media interviews.

Highlighting both the good and the not so good performances can help others prepare for their time in the spotlight and understand what to expect.

And recently, our attention has been captured by a couple of interviews that show how easily an interview can move into disaster territory.

First up, we have the case of the press secretary who cut off a journalist when she took a dislike to the questions.

Canadian politician Ron Orr was giving an interview about Alberta Culture Days when journalist Nav Sangha asked why the public had not heard more from other government members in recent months.

A straightforward enough question for an experienced spokesperson, you might think.

Yet, it caused Amanda LeBlanc to interrupt and attempt to end the interview.

With the cameras still rolling, she then allowed the reporter to ask the question.

But she interrupted again before the Minister could answer, saying: “Nav, we’re good, thank you so much. We’re all set minister.”

It was a horrible way to finish the interview, ensuring the intervention and abrupt ending took the focus away from anything that was said.

It reminded me of the infamous interview where the then Persimmon homes boss Jeff Fairburn was prevented from answering a question about his bonus.

And it is another reminder of the importance of press officers and PR advisers not interfering when their spokespeople face difficult questions or the interview moves away from the main subject area.

It always leads to damaging footage that becomes the story. And it creates the impression of organisations being defensive and uncomfortable.

You will inevitably see some people suggest the interview had strayed away from the subject. But, as we stress during our media training, all spokespeople should be prepared for wider issues to be brought into an interview.

Often, these questions are easy to anticipate with good preparation. And spokespeople must be trusted to answer them and use their media training to steer the conversation back to more comfortable territory.

After all, it is hard to envisage Mr Orr would say anything that would have been more damaging than footage of his press secretary bringing the interview to a close. 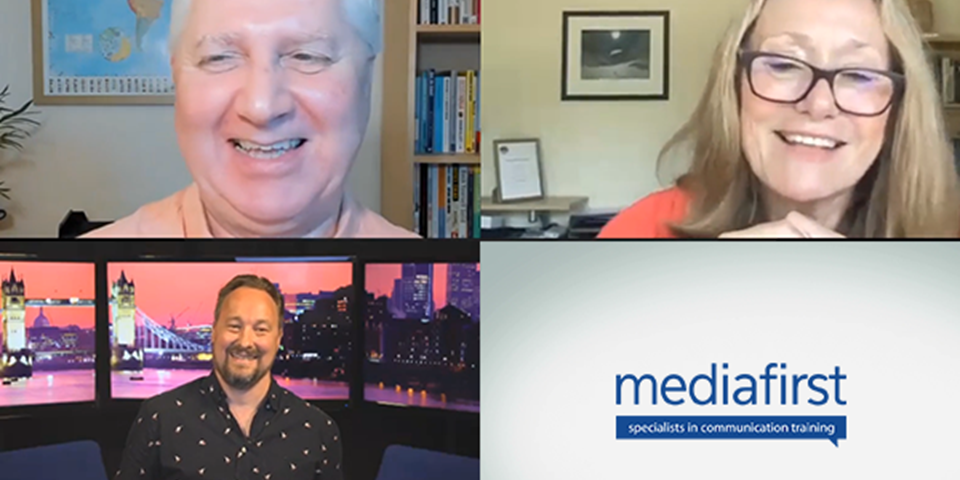 The science behind making memorable messages

Watch, or replay, our most recent (and popular) webinar

The other ‘how not to do it’ interview that caught my eye also took place in Canada.

And while it didn’t include the intervention of a press officer, it did feature a spokesperson making a hash of a question he should have anticipated.

Taleeb Noormohamed is a political candidate in Vancouver who has promised to make housing more affordable.

He has recently faced criticism – including accusations of hypocrisy - after it emerged he and his business had profited from buying and selling at least 30 residential properties in the area in the past decade.

This includes selling 14 properties within a year of buying them.

Mr Noormohamed stumbled through a series of questions about the issue in an interview with CTV News, which you can see here, before he became unstuck when asked how much he had profited from the property deals.

He stopped his response twice – asking for the question to be repeated on each occasion - before ultimately providing an answer which said little.

Noormohamed: “I mean, I’m not… I think it is important to talk about… I’m going to answer that question again.

David Molko: “How much have you profited on those sales?”

Noormohamed: (Long pause) I… When you ask… Give me a second. I’m going to make sure I have the right… So, sorry, ask me that question again.

Molko: “How much have you profited personally or businesswise on the sale of those properties in the past decade?”

He said: “While I can’t give you an exact number, I can tell you it is by no means the number that has been put forward. But what I can also tell you is that I’m absolutely committed to any and all measures that have been put forward that would apply.”

Congratulations to whoever is running Liberal candidate Taleeb Noormohamed’s campaign in Vancouver Granville!

You are the absolute worst political strategist in Canada right now. #cdnpoli #Elxn44

The correct answer here:
“A lot. More than I should have.”pic.twitter.com/mzV1MS0nCX

It is not clear whether Mr Noormohamed thought the interview was pre-recorded and that his initial attempts to answer the question would not be aired – his requests for the questions to be asked again each time would suggest this was probably the case.

But, of course, it makes compelling footage. And it shows unease and discomfort around the subject.

Spokespeople will always make mistakes in media interviews. But given that this was reportedly Mr Noormohamed first interview since the story of his property dealings broke, it seems like this was a vital area where he should have been better prepared.

And he should have avoided practising his answer during the interview – there is no guarantee that journalists won’t use the footage of stalled responses.

As ever, good media training is crucial. Exposing spokespeople to tough questions from real journalists in a safe environment is the only way of preparing them for the real thing and understanding how they will cope under scrutiny.

Click here to find out more about our practical media training.

What can you learn from this local story creating national headlines?

A local council meeting may seem like an unlikely source of a story that has captured the attention of the nation’s media. But then, not many council meetings discuss something so stomach-churningly…

Why feedback should be part of your media briefing

Feedback was a crucial feature of our latest webinar. If you watched it, you will have heard us argue it should be a part of the media briefing process, enabling spokespeople to develop and improve…