Have you ever wondered what journalists think of your attempts to grab their attention and gain crucial coverage?

Well, a survey of more than 2,500 reporters offers some valuable insight.

It looks at where journalists turn to for stories, the types of spokespeople they want to interview, and how they view PR professionals.

The State of Journalism report was carried out by Muck Rack. Let’s take a look at some of the findings:

The survey shows poorly timed and impersonal pitches will get ignored.

Bad timing was put forward as a reason for rejecting an otherwise relevant pitch by 24 per cent of those surveyed.

‘Lack of personalisation’ was suggested by 22 per cent of reporters. And 15 per cent said they would bin a pitch because of a poor subject line.

But journalists would much rather receive an email pitch than one on the telephone, with 94 per cent saying email is their preferred channel. Only 15 per cent said they wanted a phone call.

The survey also looked at the best times to send those pitches. Interestingly, it revealed most preferred to receive them at the start of the week, ideally between 5am and 12pm. That differs from the widely held view that pitches sent on a Thursday perform better because journalists are approaching the end of the week, have covered their most pressing stories and look at their bulging inbox.

The timing of pitches was something Emma Nelson, one of our current working journalist tutors, covered during a masterclass for The Media Team Academy.

She said: “I sometimes think sending a press release on a Thursday is the best time. But I now get loads on Thursdays.

“For me, the best time is between 5am and 9am – then I can take the press release into the morning news meeting.

“But I also think there is something to be said about sending press releases on a weekend. There have been many times when I’ve been in on a Saturday or Sunday, and the news cupboard has been bare.”

We are often asked about follow-ups. Should you follow up? How often?

The answer, it seems, is a small amount of follow-up activity is acceptable.

Ideally, that follow up should happen about a week apart, with 85 per cent of journalists saying they would be happy with this approach.

This tallies with what Emma told The Media Team Academy masterclass. She said: “Most reporters don’t mind a follow-up,” Emma said.

“Pitch to us twice, about a week apart. And try and tweak the follow-up, so you are not sending me the same thing. Try and make it even more relevant.

“If you are getting to the third pitch and we are a few weeks in, I think we can say it is not going to happen.”

If you are going to pitch, you want to know that some will result in stories. And the survey provides some reassurance.

One of its stand-out statistics is just how many stories originate from pitches.

Over 80 per cent of the journalists who took part in the survey said a quarter or more of their stories started with pitches. Only 19 per cent said none of the stories they cover originated with pitches.

To be successful, however, you need to keep those pitches short. Just under 70 per cent of journalists said they want pitches to be fewer than 200 words.

That’s not many words to play with. During our recent masterclass, Emma recommended keeping pitches between 150 and 200 words and said they should contain a link to something more detailed.

Missed out on the second intake of the media team academy?

Don't worry. There is another cohort of our popular year-long learning and development programme starting in the summer. Find out more.

But it is not just pitches that journalists are looking at for stories.

With 44 per cent believing the way companies share information is outdated, it is clear many are turning to other sources.

And the main one, perhaps not surprisingly, is social media. The majority of journalists (60 per cent) look at a company’s social media profile as part of their reporting.

Twitter is particularly popular, with 77 per cent of journalists saying it is a valuable source. This was followed by Facebook (39 per cent) and LinkedIn (24 per cent).

Are your social media channels updated with stories that journalists may find interesting? Do they tell reporters where to go for more information? If not, this could be a missed opportunity.

Another way of future-proofing the information you share with journalists is to include more multi-media in pitches.

Images, videos and infographics are crucial ingredients and can help journalists to see and tell the story.

This is becoming increasingly vital. The Muck Rack survey showed most journalists produce content for more than one medium. More than 40 per cent of those who took part wrote for both online channels and print.

Online stories are visual. If you look at the news sites you visit, they almost always include pictures and videos.

Additionally, reporters have to place more value on metrics. Some publications now give reporters minimum page view targets and, in some instances, offer bonuses for exceeding them.

In the brilliant book Panic As Man Burns Crumpets, where Roger Lytollis charts the declining world of local newspapers – a must-read for newspaper geeks like me – he reveals that in 2020 Newsquest Cumbria journalists were emailed weekly league tables, ranking them by how many page views their stories had received.

In this survey, 64 per cent of journalists said they tracked how many times their stories are shared on social media.

There remains a strong demand for reporters to speak to experts and CEOs.

Almost 85 per cent of those who took part in the survey said they view ‘academic subject matter experts’ as credible sources for their stories.

For CEOs, that figure is 66 per cent. In comparison, ‘celebrity spokespeople’ were viewed as credible by just 14 per cent.

So, there are opportunities for organisations with experts and CEOs that have had recent media training, available to speak to journalists. 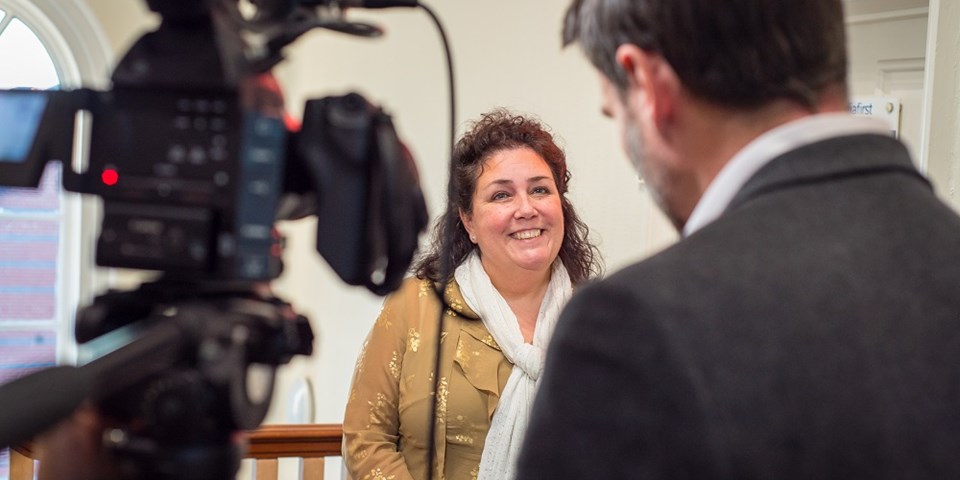 A journalist's view of working with PRs

Read the best bits from The Media Team Academy masterclass where Emma Nelson guided members through how to build better relationships between comms teams and journalists.

What about the relationship between journalists and PR professionals?

One of the possible survey responses was that journalists view PR professionals as a “necessary evil”, hinting at the tension that sometimes exists.

Pleasingly, just 16 per cent chose that option – the same number who viewed it as “antagonistic – but not inherently a bad thing”.

But 60 per cent consider the relationship to be “mutually beneficial.”

Would your comms team benefit from more insight like this? The Media Team Academy is packed with masterclasses covering topics like building better relationships with journalists, as well as other media, crisis communication and personal development skills. The next intake starts in July. Find out more.

NHS Netflix: What can you learn from this messaging drama?

We often talk about the importance of creating eye-catching messages. One message we saw this week succeeded in grabbing attention. But this is mainly because it led to confusion, ridicule,…