What can you learn from this local story creating national headlines?

A local council meeting may seem like an unlikely source of a story that has captured the attention of the nation’s media.

But then, not many council meetings discuss something so stomach-churningly bizarre.

Amid the seemingly endless warnings over food shortages, price increases and rising covid cases, a very different story also caught the imagination of the media this week.

It came from The Royal Borough of Windsor & Maidenhead's aviation forum – perhaps not the most exciting or newsworthy sounding meeting. That is until Cllr Karen Davies told those present about the tale of a man who was “splattered in a very unpleasant way.”

The Windsor resident was reportedly hit by human waste dropped from a plane, covering his "whole garden, and garden umbrellas, and him."

She said: "I know a number of incidents happen every year with frozen sewage from planes, but this wasn't frozen and his whole garden was splattered in a very unpleasant way.”

The meeting’s discussion was covered by the Local Democracy Reporting Service and has gone on to generate widespread coverage.

Here are some of the headlines:

LONG DROP Plane dumps human poo over man in his garden in Windsor ‘splattering whole garden, umbrellas and him’ The Sun

If the somewhat grim details of the story have not put you off from reading more, you might be wondering what media training lessons we can be learn from it.

Well, it is another valuable reminder of the role the unusual plays in making something newsworthy and in taking a local story to a national audience.

This is something we discuss in detail during our media courses.

Journalists and their audiences have a huge appetite for oddities, the bizarre, the whacky and tales of the unexpected. We all like stories that surprise, shock, amuse and entertain.

If anything, demand for these sorts of stories seems to have increased as the public seek distractions from covid and the continual flow of bad news.

And sometimes strangeness alone can make something newsworthy.

But typically, the unusual element needs to be supported by other factors.

Our new Media Team Academy is a year-long learning programme, for up to eight members of your media team, with classes that easily fit around busy schedules.

That’s why, on our media training courses, we include it in the TRUTH model we use to explain what makes something newsworthy.

For those not familiar with our acronym, it stands for Topical, Relevant, Unusual, Trouble and Human.

And you can instantly see that, as well as the unusual element, this story also ticks the trouble, relevant and human boxes.

But let’s stay with the unusual element now. For businesses, the unusual angle may not be as obvious as human waste falling from the sky.

However, the story you want to tell might be the first, the biggest, or even the smallest.

Think about what would surprise an audience and make them sit up and take note. There is an old journalism aphorism that puts this into more context - dog bites man is not a story, but man bites dog is news.

But the unusual element could also be something an individual worker has done, perhaps going way beyond their role or showing great kindness.

These sorts of stories can easily be missed.  And this is one of the reasons we stress the importance of everyone in the workforce having an understanding of what makes something newsworthy.

The other vital media training lesson from this story is it is packed – inadvertently – with the sort of language journalists love.

One councillor described the incident as a “one in a billion chance”, and another suggested the resident “had to take it on the chin”.

Not only did that add more humour to the story, but it is a sub-editor’s dream. The Telegraph carried the line “Windsor resident ‘takes it on the chin’ after being caught up in a messy ‘one in a billion’ accident, with warm weather blamed for leak”, underneath its headline.

And, it is the sort of language that will resonate with audiences.

“He’s sort of had to take it on the chin,” says Councillor Karen Davies, in my favourite understatement of the day https://t.co/XQD5RqLCSE

"Obviously he wasn't going to (file an insurance claim) for the sake of a couple of garden umbrellas...so he's just sort of had to take it on the chin." 💩 🤭https://t.co/SNt1uE6vNc

On our media skills training courses, we stress the importance of spokespeople using simple language audiences will understand, sticking to short sentences, and using metaphors and analogies to help bring messages to life.

Colourful, accessible, language can be crucial for making what you want to say memorable.

Just maybe not quite as memorable as poo from an aircraft falling on you and your garden. 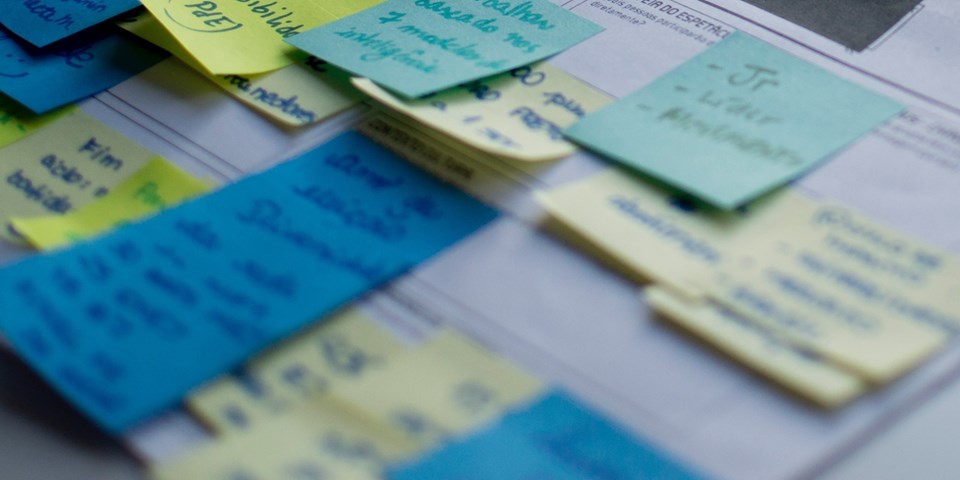 To help your spokespeople with their next media interview, we've created a briefing template covering everything they need to know, And it is FREE to download.

What do two statements made almost 50 years apart have in common? The answer is they both serve as painful reminders of the danger of negative language. Amid the coverage of COP26 last week, you…

Why feedback should be part of your media briefing

Feedback was a crucial feature of our latest webinar. If you watched it, you will have heard us argue it should be a part of the media briefing process, enabling spokespeople to develop and improve…