Harry Potter and the curse of the blocked question

Sky News says it is noticing more interventions from PRs when they don’t like the questions their spokespeople are facing from journalists.

Do you trust your spokespeople to answer questions on contentious issues?

Would you intervene if you felt they were being drawn into a challenging topic?

A high-profile example shows how damaging this approach can be.

It happened when Harry Potter actor Tom Felton was asked a question about JK Rowling as the franchise marked 25 years since the publication of the first book.

The actor, who played Draco Malfoy in the films, was promoting a new attraction at the Warner Bros Studio Tour. And during an interview with Sky News, he faced a question about the author’s absence from much of the anniversary celebrations amid scrutiny of her position on gender and women’s rights.

Sky’s Claire Gregory asked: “You and the other stars of the film are very much still the face of the franchise. JK obviously has more of a back seat now. Is it strange her not being around for things like this?”

But before the actor could answer, a voice off-camera said: “Next question please.”

Sky News was blocked from asking actor Tom Felton a question about JK Rowling during an event at Warner Studios Tour last week.

Warner Bros has admitted it was 'wholly wrong' - more on this story here: https://t.co/xi7a6QfoDo pic.twitter.com/9k43I5kKmb

According to a report in The Telegraph, when Sky later asked for an explanation, it was told: “JK Rowling is not connected to Warner or Tom Felton. The team felt it was not relevant to the piece.”

But this was not an example of PR wizardry - the intervention backfired. Instead of keeping the focus away from an awkward issue, it shone a spotlight on it. Here are a few headlines it generated:

Harry Potter and the Deathly SILENCE! Moment Sky News reporter is blocked from asking Tom Felton a question about JK Rowling during interview on 25th anniversary of book SHE wrote Daily Mail

Perhaps the most damming criticism came from Sky News, which said in an article: “PRs don't and shouldn't - for all sorts of reasons not least press freedom - dictate Sky News editorial direction.”

Warner Bros released a statement later in the week admitting it was “wholly wrong” to block the question.

It said: "Warner Bros. has enjoyed a creative, productive, and fulfilling partnership with J.K. Rowling for the past 20 years.

"She is one of the world's most accomplished storytellers, and we are proud to be the studio to bring her vision, characters, and stories to life now - and for decades to come.

"On Monday, a statement was issued by a third-party media agency that appeared contrary to this view.

“The statement was wholly wrong, and Warner Bros. Studio Tour London regrets it happened as part of a media event that day."

So, an attempt to avoid an awkward question resulted in national negative media coverage and subsequent backtracking. And it could have been messier if the journalists had pursued the line of questioning. 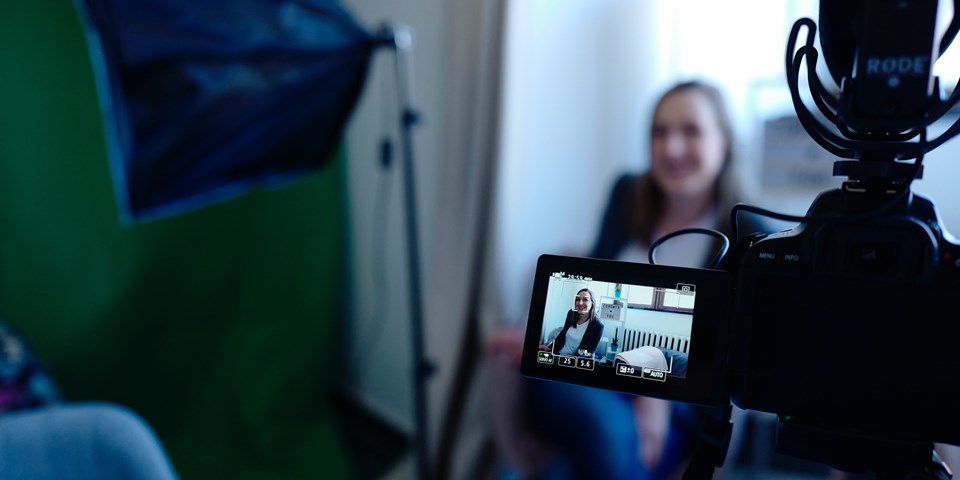 One we’ve mentioned before during our media training courses saw the then boss of Persimmon Homes Jeff Fairburn, face a question about his £75m bonus during a BBC interview.

Mr Fairburn initially seemed prepared to answer the question before an off-screen voice intervened, saying “we are talking about bricks” and he stopped talking.

The boss could subsequently be heard off-screen telling the reporter: "I think that's really unfortunate actually that you've done that."

Asked Jeff Fairburn, CEO of Persimmon Homes about his £75m bonus today. This was his response.... @BBCLookNorth pic.twitter.com/eJraBv1e8i

It was announced a few weeks later he would be leaving the role.

Another infamous example we sometimes refer to during our media training comes from America.

Ken Starr, a former Baylor University president, was being interviewed on a Texas TV station when he produced a response that was not to his PR advisor’s satisfaction.

The advisor, Merrie Spaeth, asked the reporter’s news director off camera not to use that part of the interview. And when he refused, she took Mr Starr away from the camera for some impromptu media training.

But the saga didn’t end there. When the filming resumed, Mr Starr answered the question again before immediately turning to his advisor for approval as if he was still on a course practising answers.

Interestingly, Sky News says it has “observed some increased intervention in the last year by PRs”. It added: “Press censorship and the power of the PRs to dictate the narrative is an issue of increasing concern for journalists.”

A PR adviser interrupting an interview, preventing questions from being asked and trying to dictate what is covered is never a good look.

It creates the impression of an organisation that is defensive, uncertain, uncomfortable and desperate to control the narrative.

It also suggests a lack of confidence in the spokesperson to answer challenging questions or not say something controversial.

The question asked by the Sky journalist was a predictable one. And the fallout could have been avoided if the actor had been properly briefed and trusted.

PRs must have faith in their spokespeople and their ability to manage contentious issues.

In a subsequent interview, Mr Felton touched on the subject, saying: “I’m not Mr Social Affairs … Lord knows, I’m the last person that’s going to wade in with opinions about what other people have said.”

An answer that shows how easily this issue could have been avoided.

Could your spokesperson handle an interview that has gone off track?

What happens when your media interview veers away from the subject you want to discuss? Can you steer it back? How do you do that? These are questions delegates often ask during our media…

How do you create a powerful key message your spokespeople can deliver?

Creating the right message, and ensuring it is heard by your audience, is often harder than it sounds. You need something that stands out from the noise and that people absorb and can…