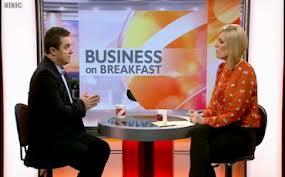 When delivering media training there is one question that we hear almost more than any other: "How do we bypass the negative questions and get back to our key messages?”

So I couldn’t help but be drawn to an interview on BBC Breakfast when the European Managing Director of Blackberry appeared to proudly wave the flag for the launch of the new Blackberry10 smart phone. Not exactly a Newsnight style interview so, to begin with, all was going well.  He had obviously been media trained (badly) to within an inch of his life as he trotted out his finely tuned corporate messages about how this phone was going to transform your everyday life. However - car crash TV was just around the corner…

The interviewer wanted to know why it had taken Blackberry so long to bring this new model to market. Why had there been so many delays for the launch? Rather than putting this thorny issue to bed and bridging nicely away from the negative to the positive he started to falter and sweat (ugh!). By now the interviewer is getting a little irritated and so simply asks;

"So what went wrong?" Again he completely ignores the question and starts slipping into corporate banter about how wonderful the new world of Blackberry will be. So she asks again - almost laughing now – “What went wrong?” Still no sensible reply. In the end the journalist ended the interview in stifled laughter saying, "Okay Stephen, we might never know what went wrong but anyway thanks for your time…"

This could have been a perfect opportunity for Blackberry to talk to their audience whilst they munch on their cornflakes. To convince them to put aside all things with an apple on it and fall in love once more with their brand new shiny phone.  But as I write this and look at my Facebook and Twitter feeds, it is clear that the public were irritated by the MD's inability to answer a simple question.

BBC Business Breakfast is a common scenario – it’s normally a shortish interview, done sitting on a stool or standing up. It’s a gift of an interview opportunity to anyone in the business community. One not to be missed. However, the key is to remember your messages, but not at the cost of ignoring what the journalist is asking you! You have to be able to link the journalist’s question to your answer, not just ignore it, otherwise you’re a dead man or woman walking!

Many brands are grappling with sustainability and purpose. They are topics that regularly come up in conversation with our clients who are increasingly wanting help telling sustainability…

Have you played Wordle yet? If you haven’t, you’ve probably noticed some of your friends posting cryptic grids of different coloured squares on social media and either lamenting or boasting about…